Our Counsellors for nutrition 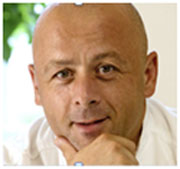 Executive CEO for Restaurants, Mandarin Oriental, Paris
Thierry Marx, one of the most prestigious French chefs and Raphaël Haumont, teacher and researcher at the University of Paris XI for the Centre Français of Cultural innovation Marx Haumong (CFIC) are both working on a the basis of the pleasures of eating well, being friendly to well-being and what this can provide, even while being attentive to health.

The executive director of the Mandarin Oriental is believing that “this problem leaves nobody indifferent”. The professionals of “catering trade” – bakeries, butchers, charcutiers – are the most concerned by this consumer demand of “healthy” products; concerning cooks, they are observing specifically that the desire of their clients, asking for “specific indications (gluten-free, milk-free…) are becoming more and more informed and that they have to follow. That is why Thierry Marx says that he is bringing in his reflexions and his competence of a front-man of his metier, namely cooking, gastronomy, knowledge on products which he is working with, but not without worrying to interfere with health matters “strictu senso”, because this is not his profession. 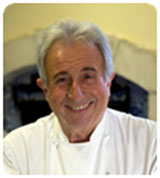 Since the end of the nineteen-sixties, Michel Guérard has won his first battles of “cooking for diets”. But only from 1975 on he completely spent his time for developing a complete approach, concerning technical ways and recipe-wise of what he is calling the era of Cuisine Minceur ®. After having moved with his wife to the small health-resort of Eugénie-les-Bains, which is well-known for treating metabolic diseases (overweight, obesity), he had observed that the people who had come here to loose weight were eating only a dish of badly seasoned grated carrots. He then decided to create a light but tasty way of cooking, which helps people with overweight to follow willingly the slimming course.
This way of cooking is based on only one principle: “Taste is the main line, and consequently the pleasure of eating”. Taste and pleasure lies in the heart of every start to reform alimentary habits and to incite those who have to do it, if they want to or not. That is why the Cuisine Santé ® is integrating traditional cooking approved recipes: sauce Béarnaise, mayonnaise, Cassoulet, Hachis Parmentier, Duck-breast, chocolate soufflé cake, Paris-Brest. The special technique of Cuisine Santé ® is reducing by 5 to 6 times the amount of calories of the recipes.

The Cuisine Santé ® has become a topic for the whole community

In the thermal health resort of Eugénie-les-Bains, today the whole village is motivated for welcoming the patients with obesity or metabolic syndromes in need of special care. The restaurants are trained by Michel Guérard in this cooking of special diets so that they can propose them on their menus. Apart his cooking, Michel Guérard has initiated a humanistic and wholesome philosophy for curing these patients: education and sport, diet and medical classes, cooking lessons, etc.
Between 2008 and 2009 the thermal station realised a pilot study by the University of Bordeaux II, measuring the changes for the better of metabolic syndromes in a year with the result of a multi-facetted programme (thermal cure, eating lessons and physical activity) which is practised in Eugénie.
For example, the house has a special programme for teaching the patient’s therapy, authorized by the regional health-agency of Aquitaine for the patients with obesity and/or metabolic syndromes. This programme is followed by 150 patients per year.

In 2009, Michel Guérard has at the same time submitted to Madame Roselyne Bachelot, then Secretary for Health, the proposition for creating a Ecole Nationale de Cuisine de Santé. A white-paper was drafted in cooperation with professors and doctors. It was the basic scientific draft for teaching at this school, where the first formation courses were held at Eugénie-les-Bains in September, 2013.

This formation has the aim to reach the professionals for cooking and health. It includes teaching theories, medical and diet-wise, and practical cooking lessons to learn about the principles, techniques and recipes for Cuisine Santé ®, as a result of nearly 40 years of experimentation. 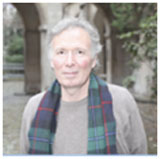 Doctor in biology, specialist for renal physiology, reseacher at the Institut National de la Santé et de la Recherche Médicale (INSERM)
The actual food offer is a variety of transformed products; this has not always been so.

An offer, unsuitable for nutritional needs

Human races evolution was characterised by an environment of hunting and gathering for several billion years; Step by step his organism got genetically adapted to consume natural and nearly untransformed. This heritage is identical to that of today, because the alimentary changes (agriculture, farming, industrialisation …) came up very recently and gave the organism not the time to get used to this new environment. There is an incompatibility between our genetic heritage and the completely transformed alimentary choice which is offered. This incompatibility is part of higher rates of chronic diseases like obesity, diabetes, arterial hypertension, hypercholesterolemia, myocardial infarct, VCA and the obher cardiovascular pathologies.

Indeed, the transformation of food and drinks has an impact on their nutritional quality, meaning on their capacity of serving the physiological needs. Transforming food means making it poor in vitamins, fibres, minerals, organic salt, and other micro-nourishments, which are lost in the different production procedures (fractioning, refining, way of cooking, etc.). It also means enriching it with sugar, fat, salt, and other additives added sometimes in big, considerable quantities. The consumer is therefore exposed to a certain deficiency of several important nutrients, necessary for the making the organism function properly (potassium, calcium, magnesium, iron, vitamin D, etc.) and to a higher content of other nutrients (saturated fatty acid, salt, sucrose/fructose, etc.).On the long run, these two phenomena will together participate in stopping the organism to function properly.

Increased exposure of the population to diabetes, hypertension, hypercholesterolemia

There is a chronic exposure of the population to transformed food and drinks. This is starting at very young age, within the womb, but specially from weaning onwards, which is mostly at the age of 3 months in France. At twelve, a child is consuming already 5 to 10 times more of salt than breast milk provides. Made even worse by the frequency of eating, and even inappropriate food the nutritional imbalance gets emphasized during childhood and adolescence, reaching the top around the age of 15 -24 years.
This is often more the case of the underprivileged, even when some impacts affect the whole population, like salt for example. Health problems are appearing after differently long periods, depending on the individual and can be counted by tens of years. The frequency is higher, depending on the intensity and duration of being exposed, and not, as it is often believed, depends on age.
Chronic diseases like diabetes, arterial hypertension or hypercholesterolemia have nothing to do with age. The studies made among populations of hunter-gatherer, where these diseases are nearly inexistent, have proved this.

The consumer is left alone

The disappearance of these pathologies thanks to a healthier lifestyle would only prolong life-expectancy moderately for some years. On the other hand, a healthier lifestyle will greatly improve a lifetime in good health. Today’s society continues nevertheless denying the problem of nutritional imbalances. This denial also includes the agro-alimentary society, obsessed by profit-rates and the public authorities which are believing in self-discipline and voluntary work by this group. During the last ten years, the global reduction of salt-content has reached only a tenth of the values set up by the Agence Sanitaire Française. Consumers, and especially the youngest one, are left alone facing the flood of transformed food and drinks in the supermarkets. More than 500 000 of these products are for sale in France. They are subject ot intense advertising, even when it is proven that that they are completely useless, or even dangerous for health and environment.

Too much salt is dangerous for health and the human race is consuming much too much. This book wants to give testimony on the observations made by a scientific specialist, who is also, like others, a victimize consumer by too much salt. 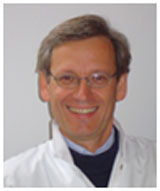 Director of the Service Endocrinologie et prevention des maladies cardio-vasculaires –Hôpital de la Pitié Salpétrière, AP-HP, Paris – Institut hospitalo-universitaire de cardio-métabolisme et nutrition (ICAN)
A third of deaths are of vascular origin in France. Our country has counted approximately 3 billions with coronary syndromes, and nearly 11 000 myocardial infarcts each year. Cerebral vascular accidents are responsible for 130 000 hospitalizations per year. These cardio-vascular diseases are, as it has been found out, fostered by three big risk factors: Diabetes, hypertension, and hypercholesterolemia. All three of them need measures of diet-caretaking, and need preventive health-care.

Professor Eric Burckert is the author of the book “Controlling Cholesterol for Dummies”, where he explains the reasons, why the cholesterol should be monitored and controlled. He also is explaining the reasonable strategies for achieving it, as also with the text “Anti-cholesterol Cooking for Dummies”, where cooking advices and recipes are presented, as well as the risky food… 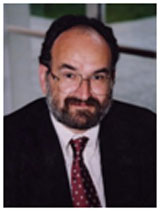 Professor Hercberg is participating with the national authorities for nutrition (Research/ Public Health). He is working together with the research centres of the whole world. He is the author of more than 450 international scientific publications and is invited to more than 100 conferences. He had received the title of Doctor Honoris Causa of the University of Gembloux, Belgium in 2006. He is leading a team of 24 researchers and teaching researchers at INSERM, as well as of 10 doctorates and post-doctorates, which AERES esteems being sine qua non.

A militant for our Nutrition

Serge Hercberg is a researcher, battling for eating with common sense. Having made his name with Médecins sans Frontières, he had understood very quickly the impact of food on health. His numerous travels gave him a wholesome approach to eating behaviours. Being a trained nutritionist, he has expanded this know-how by epidemiology and got interested in the state of vitamins of the individuals, and in the benefits of these vitamins specially for reduction of cancer and cardio-vascular diseases. This extraordinary adventure was joined over long by numerous specialists for creating the first National Nutrition Programme of Health (PNNS). Its results have shown the importance of a well-eating for our lasting health. Since several years up to now, he has the task of piloting this project of PNNS, and he also is the coordinator of the Nutrinet-Health-Study, considered as being the greatest world-wide survey on food-supply.

Serge Hercberg is never forgetting research. He, who is always passionate, started two years ago a big survey on food habits of 500 000 Internautes: “ Nutrinet-Santé”.