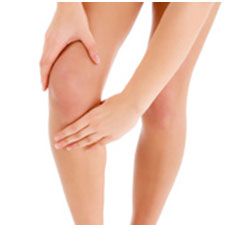 Venous thrombosis, also called phlebitis, is the name for a clog in a vein.

What is a venous thrombosis ?

Situated most often of this profound phlebitis within the lower limbs (legs, thighs, the groin). The clog can being detached and then provokes a pulmonary embolism (obstruction of the pulmonary artery). Profound thrombosis needs urgently a consultation.

Which are the factors of risk ?

Obesity, cardiac insufficiency, tobacco (especially when associated to contraceptive drugs), some cancer cases (chest, abdomen, pelvis). Surgical intervention demands a particular surveillance: These factors are favouring the small vascular lesions which are a fertile ground for developing a thrombosis.
Also a pregnancy, a travel with a long plane flight can heighten the risk of getting a thrombosis.

Which are the symptoms of a venous thrombosis  ?

A superficial thrombosis can cause severe pain and a reddening of the zone around, which is lasting (hardening).

Its profound form, sometimes coming with the superficial signs is associated to :

Therefore, an urgent consultation is needed.

Which are the treatments needed ?

For giving a diagnosis, the doctor has the choice of different exams: venous Echo-Doppler, veinography (detailed X-Ray of the zone where a clog is esteemed to be).

The treatment is based on the administration of anicoagulants (heparin, VKA).