ABSENCE OF MEDICAL CARE AND MONITORING 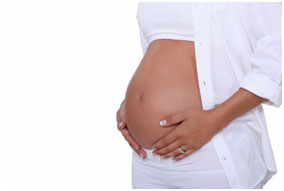 Pregnancies, associated to cardiovascular diseases, if they had been detected before the pregnancy or later, represent a real point to worry about for cardiologists. In Europe, cardiovascular diseases existing before a woman became pregnant have become the first reason for death during the pregnancy. As a result of this, an increase in cases of diabetes, high blood pressure, and overweight among women.

And more so, the number of these women doesn’t lower, and this for two reasons:

Being pregnant also can reveal a cardiomyopathy or a valvulopathy, because the heart is working very much during the pregnancy, due to higher cardiac output. This adds to previous myocardial infarct, a pathology which was rare formerly among women.

For a better follow-up of cardiovascular risk-pregnancies

The register of the European Society of Cardiology has rang the alarm bell. The cardiologist of today is in the front line for taking care of the follow-up and has to work hand in hand with the gynaecologist. Indeed; he has to work with a multi-disciplinary team, composed of the gunaecologist, the cardiologist and the anaesthetist. Of capital importance is a pre-operative work-up for all women with cardio-vascular risks.

According to certain specialists it should be extended on all women, because it would then be possible to detect risk-factors and to immediately undertake corrective measures, namely sanitary and diet ones (to stop smoking, family history infarction, high blood pressure, contraceptive drugs…).

Therefore, pregnant women suffering from a cardio-vascular disease, have to be better monitored during their pregnancy than others .